Carmen Fusco Pro Baseball and Softball Academy an unparalleled opportunity for players to develop and maximize their potential. Individual instruction is tailored to the players' needs with the purpose of developing their mental and physical skills.

Training takes place in a professional, competitive learning environment with qualified instructors. The challenge for the player is to bring a confident and aggressive attitude, along with a solid work ethic.

Coach Fusco has over 40 years of experience in baseball as a coach and player scout. He began as a coach for Austin Peay State University in 1975, moving to Middle Tennessee State in 1976.

While coaching at the college level, Carmen also worked as a scout for three major league teams; the San Diego Padres, Cincinnati Reds, and St. Louis Cardinals. In 1980, he earned the position of regional supervisor for the New York Mets where he had a career in scouting. While servicing as an Advanced Scout, he received his World Series Championship ring in 1986 after the Mets overcame the Boston Red Sox in a 4-3 series.

While operating the Academy, Carmen was also scouting players for the Milwaukee Brewers and Montreal Expos, which became the Washington Nationals for the 2005 season In 2008, he left the day-to-day of the Academy to serve as Director of Professional Scouting for the Seattle Mariners until the end of the 2010 season. Since then, Carmen has returned to the Academy and served as a Special Assignment Scout with the San Diego Padres. 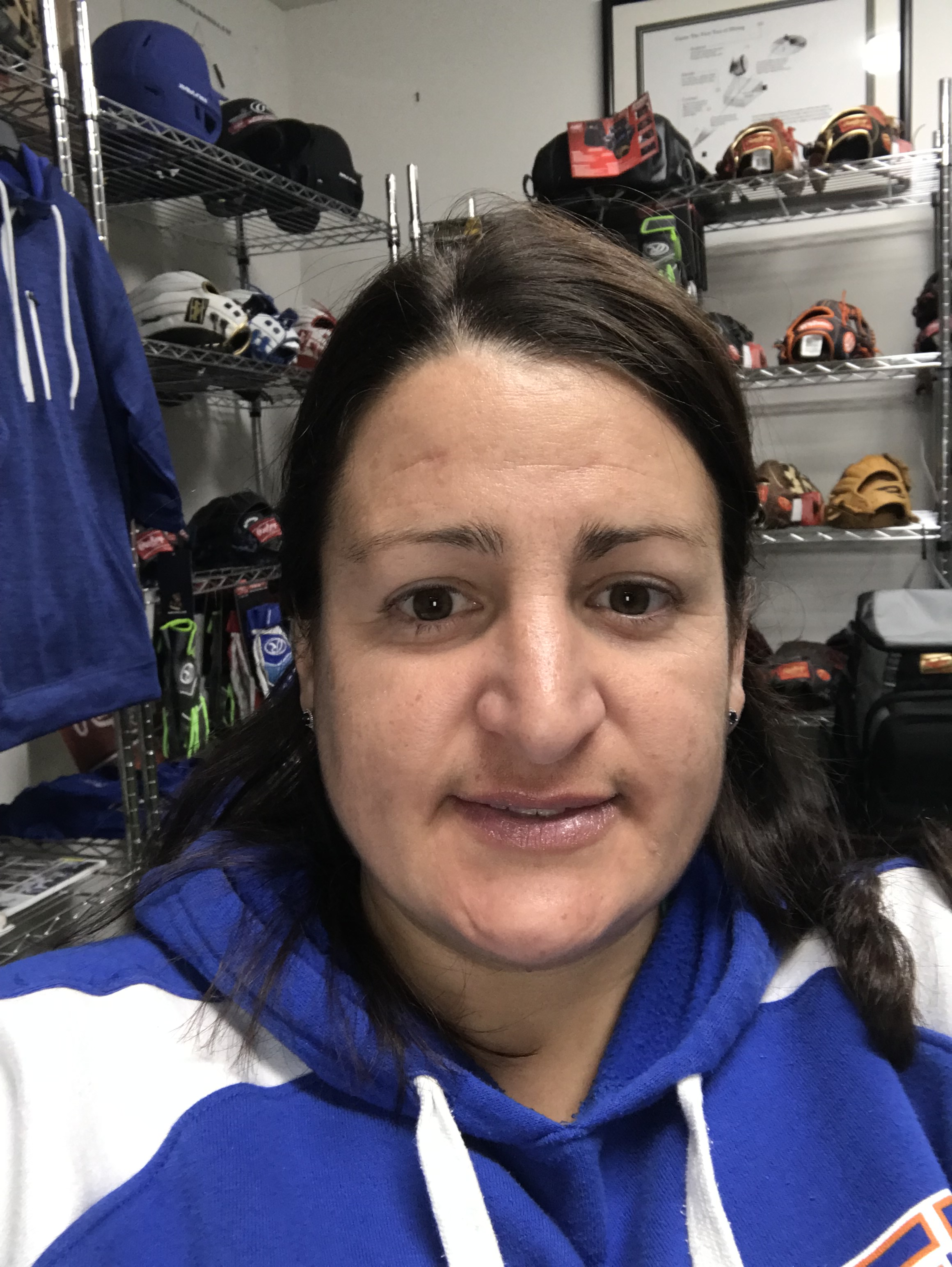 Since 2017 Lisa has been the Owner and Operator of the Carmen Fusco Pro Baseball Softball Academy.  In addition to running the facility Lisa gives all the softball pitching lessons and works the camps and clinics.
Lisa grew up in Philadelphia where she started playing softball at the age of 4 for the Crispin Gardens recreational league and by the age of 7 began taking private fastpitch pitching lessons from William Gerstadt.

She attended Maternity BVM Grade School where she played on the softball team and then moved on to Archbishop Ryan High School. At 13 years of age while in high school, Lisa began playing for the Philadelphia Spirit, a travel tournament softball team. The team traveled up and down the east coast from Canada to Florida playing softball.

Throughout high school, in between playing on three softball teams, Lisa found time to give back to her grade school and to coach the team. At this time she also began giving fastpitch pitching lessons with her mentor, William Gerstadt.

From 1997-2001, Lisa attended Dickinson College and was recruited as the starting pitcher on the softball team. During her she set numerous individual and team school was constantly part of the all-conference and was ranked 5th in the nation in 1997. Some of her individual records in 1997 include:


Some of the team records for the 1997 season include:


While at Dickinson College, in 2000 Lisa was one of fourteen in the nation selected to play for USA Athletes International. She spent two weeks traveling through Belgium and Holland playing softball. The competition included local teams to the best competition of the Belgium National team.

In 2006 Lisa was one of sixteen selected to play for World Sport International. This time she spent three weeks traveling through Germany, Belgium, Holland, France and England playing softball.

Lisa has coached every level of softball from college, high school, tournament recreation. Today, Lisa has an M.Ed. in Sports Management from Millersville University. In her spare time, when she is not coaching, Lisa spends time with her twin boys and traveling to their sporting events.

Christopher was born in Hamilton, Ohio and grew up in Mechanicsburg, PA where he attended Mechanicsburg Area High School from 1983-1986.  While in high school he was an All-star 2nd basemen for Upper Allen and selected to participate in the Pennsylvania American Legion East West classic in both 1985 and 1986.

Christopher played at Georgia Southern University 1987-1990 under legendary coach Jack Stallings who won 1,258 career games, which was the most in D1 at the time of his retirement in 1999. Stalling was also the Head Coach for the US Olympic team (1984) and Assistant Coach (1988 and 1992).

Some of Chris’s accomplishments while in college include

In Chris’s senior season at Georgia Southern in 1990 they went to the College World Series for only the 2nd time in school history.

He had the game winning hit vs South Alabama in regional championship game.

Chris also hails from a great baseball family as his brothers Ben and Shawn were both drafted in 1984. Shawn went #1 overall to the Mets and Ben went in the 5th round to the Montreal Expos.

Born in Newport, NC but raised in Boiling Springs, PA. Started playing baseball at age 5 and continued through college. 3 sport athlete at Boiling Springs HS (baseball, basketball and football), graduated in 2016. Attended and graduated from Penn State - Altoona with a Bachelors of Science degree in Kinesiology-Exercise Science. While competing in baseball as a 5 year starter, taking courses directed around exercise and specific body movements really helped me learn more about baseball. I wanted to focus on the proper and most efficient ways to move on the baseball field. After graduation I worked with the Phillies Baseball Academy instructing young baseball athletes on fundamentals and game-like scenarios.

2021: *Statistics not updated*
*2020: Played in and started eight games as a senior with the Penn State Altoona baseball program…hit .182 (4-for-22) with four walks, two runs scored, one double, one run batted in, and one stolen base…posted a .933 fielding percentage while recording 14 putouts, 14 assists, and three double plays turned.

2018: Was a third team All-Allegheny Mountain Collegiate Conference selection after his second season with the Penn State Altoona baseball program...played in all 38 games as a sophomore, starting all of them...batted .313 (42-for-134) with 36 runs scored, 29 runs batted in, 17 walks, 11 doubles, and two triples...tied for the team lead in triples while finishing tied for second on the squad in RBI and sacrifice bunts (3), third in hits and walks, tied for third in runs scored, and fifth in doubles and total bases (57)...in the AMCC, ranked 14th in runs scored and triples, 17th in doubles, 21st in RBI, 23rd in walks, 27th in hits, and 30th in total bases...in the field, led his team in assists (90) and was second in double plays turned (20), ranking seventh and third in the AMCC in those stats...made six appearances on the mound, including starting four games...tied for the team-lead in wins, posting a 3-1 record...threw 27 1/3 innings and struck out 15 batters...during the season, took one AMCC Player of the Week award, one AMCC Pitcher of the Week honor, and one Eastern College Athletic Conference Division III South Region Player of the Week recognition.

2017: Was voted the Eastern College Athletic Conference's Division III South Region Rookie of the Year...was selected the AMCC's Newcomer of the Year while also being voted to the second team of the All-AMCC squad...named the Penn State Altoona baseball team's Most Valuable Player...was the only player on the roster to appear in all 40 games for the Lions, starting all 40 of them in his freshman campaign...in the AMCC, finished the season ranked eighth in stolen bases (10), 12th in hits (51), 16th in total bases (71), 17th in home runs (3), 19th in runs scored (30) and doubles (11), 24th in batting average (.338) and runs batted in (25), and 27th in slugging percentage (.470)...led Penn State Altoona in batting average, slugging percentage, runs scored, hits, RBI, doubles, total bases, and stolen bases...as a fielder, ranked second among all AMCC players in assists (117) and 12th in double plays turned (15)...also made six appearances on the mound, posting a 1-0 record and 3.86 earned run average while recording a team-high three saves.

Our Location / Get Directions